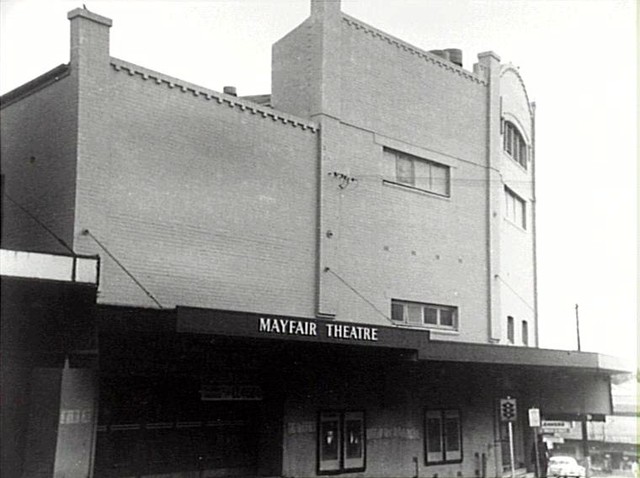 Earlwood is a residential suburb in Sydney’s Inner West, part of the City of Canterbury. The Mayfair Theatre opened in 1927 and functioned as a cinema and meeting hall. Future Prime Minister John Howard launched his public career here with a speech at the age of 12. The Mayfair Theatre was centrally located right by the town crossroads of Homer Street and Earlwood Street.

It was always independently owned and closed in 1958. The last films shown were “Dunkirk” with John Mills and “Windom’s Way” with Peter Finch. The theatre was demolished in September 1964 and replaced by a group of small retail stores with oddly slanted roofs.