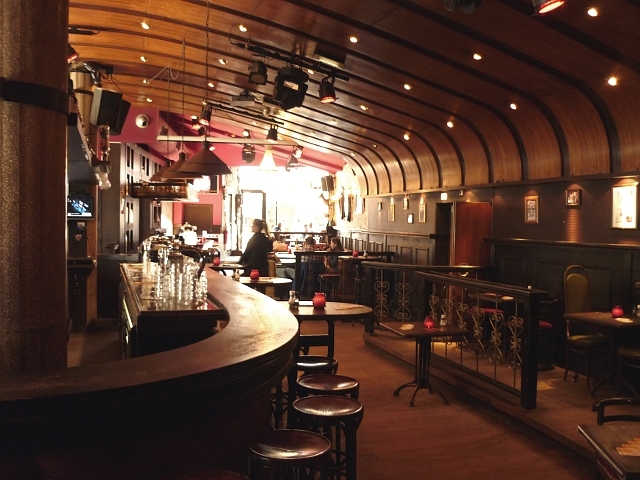 This is the 3rd Thalia Theater to operate in Rotterdam. The Thalia Bioscope was opened by Abraham Tuschinski on 31st July 1911 at Coolvest 44. On 24th August 1916, Tuschinski opened the second, much larger Thalia Theater at Hoogstraat 325. This was destroyed by bombing on 14th May 1940.

The Thalia Theater #3 was opened on 7th July 1955 with Kirk Douglas in “Twenty Thousand Leagues Under the Sea”. It was built for the Tuschinski Theatres group of Amsterdam, and was designed by an architectural firm headed by J.P.L. Hendriks, with W. van der Sluys and L.A. van den Bosch. Seating was provided on a single level.

It was last operated by Pathe and was still open in 1996. It eventually stopped being a full-time cinema, and became a nightclub and concert venue, which screens occasional films. It is now a café.

The Thalia cinema closed in 1997 after Pathé Cinema started a succesful seven room department on the Schouwburgplein nearby. After that Thalia was only used for some editions of the International Film Festival Rotterdam. It was closed for the rest of the year. Then the Beurs Cafe took in. They went broke and the doors were closed for a long time again. The same cafe made a fresh new start in 2011.