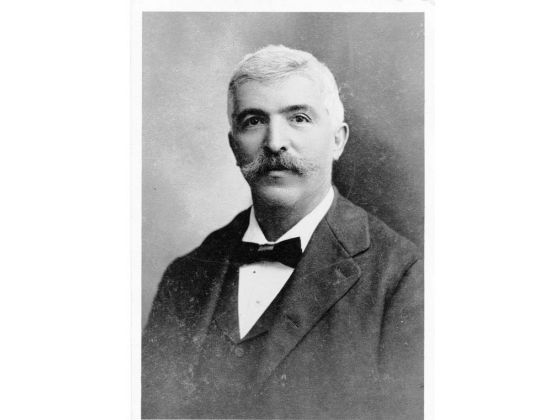 John Gandolfo, born in Genoa in November 1846, emigrated to California with his parents in 1866 and came to Yuma in 1876 to seek his fortune, starting with a small fruit and grocery store at what is now the corner of W. 2nd Street and S. 1st Avenue which eventually did business of from $15,000 to $20,000 per month. He built the Gandolfo Hotel, Yuma’s largest building, plus rental houses and other commercial structures.

John Gandolfo’s namesake theatre opened “with much fanfare" on October 26, 1917 with regular presentations of films, vaudeville, stage plays, musical comedies, and occasional plays and acts from Mexico. The Gandolfo Theatre originally had a basement, a partial second story and a third story ballroom, but after a 1925 fire, most of the third floor was removed and a less elaborate parapet was erected.

During World War II, the theater served as a USO canteen. By 1950 the theatre was vacant except for a brief later use as a furniture store. In May 1960, the local Veterans of Foreign Wars purchased it for use as a post.

Local developer and engineer John Sternitzke adaptively reused the Gandolfo Theatre as an office building and the home of the Yuma Visitors Bureau offices.