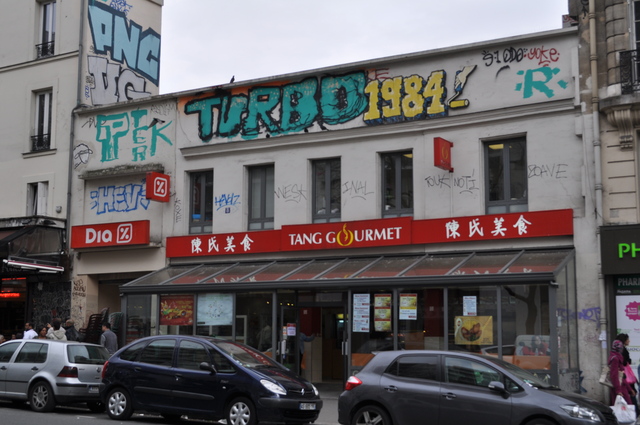 Located in the northeast of the city centre. Initially a cafe, it became a music hall named Theatre Populaire and hosted stars such as Maurice Chevalier,Edith Piaf, Line Renaude & Bouvil. The Follies Belleville was opened as a cinema possibly in the late-1940’s (it was not open in 1946, but was open in 1955). It was still open in 1975, but had closed by 1985.

It is now in use as a supermarket.