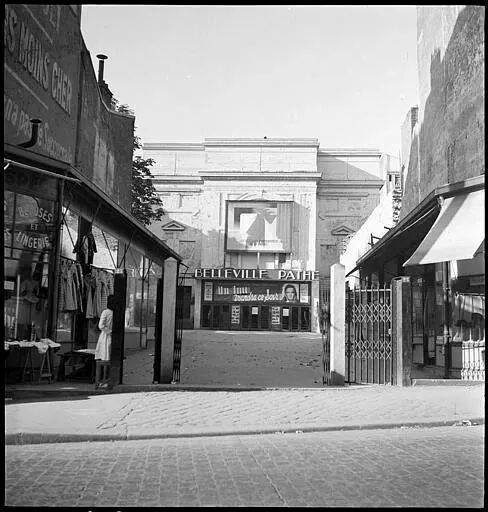 Located in the northeast of the city centre. The Nouveau Theatre was opened as a live drama theatre in 1911. In 1919 it was re-named Belleville Palace and operated as a cinema. In 1923 it was taken over by Pathe and re-named Belleville-Pathe. It was a large cinema with three balconies and was designed in a Neo-Classical style. It was closed in 1961.

It has since been demolished and an apartment block now stands on the site.