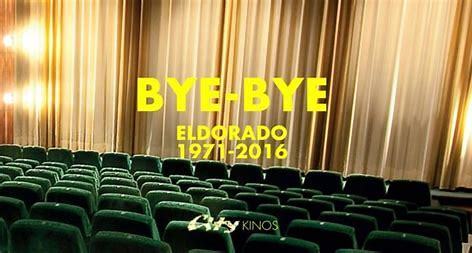 The Eldorado Kino was opened on 12th March 1971 with Walt Disney’s “Fantasia”. It was designed by architects Paul Langner and Martin Bauer, who also designed the interior. It was operated by City Kinos. It was closed in November 2016 and is in use as a storage facility.

The Eldorado cinema has closed in November 2016. The building had been sold to a new owner, who preferred to lease the space to a retailer chain for use as a warehouse. The Eldorado was unique, as it had been built during the seventies, a period in which a number of neighboring cinemas, e.g. the Sonnen-Filmtheater or the Universum, struggled. The original owners were the Kuchenreuther family, who were successful with popular arthouse pictures. Highlights were all the early films of Woody Allen and of Peter Bogdanovich; even Stanley Kubrick selected personally the Eldorado to present Clockwork Orange.