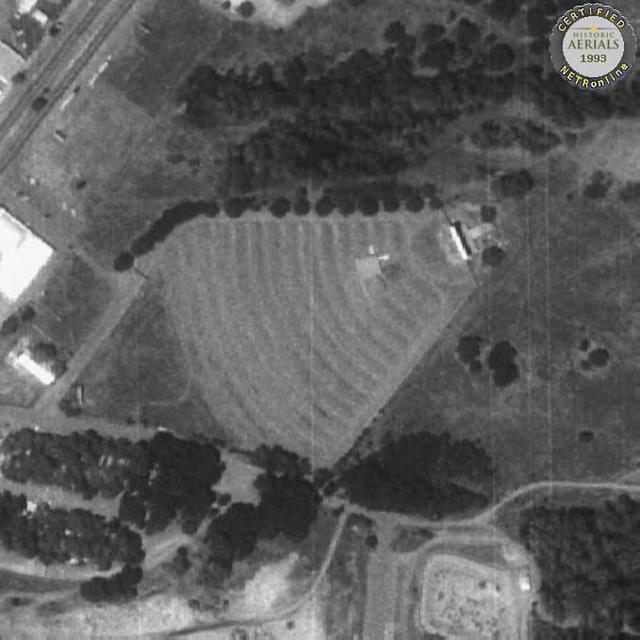 The McConnell Arboretum and Gardens are now located at the site.

I think it actually stayed open a bit longer. I remember seeing a double feature of Great Outdoors & Willow there which would have extended it to 1988 at least.

Boxoffice, Oct. 9, 1948: “REDDING, CALIF. – A drive-in, being built here by a group of local businessmen, is scheduled to be in operation by November 15. The new project will cost from $40,000 to $50,000 and is located just north of the Sacramento river bridge on highway 99. Nordell Huffaker, Merit L. Espy and Arthur O. Perkins are backing the business. The theatre will accommodate 400 cars.”

Boxoffice, June 18, 1949: “REDDING, CALIF. – July 1 is the date planned for the opening of the Starlight Drive-In, now under construction in north Redding. Space will be provided for 450, instead of 400 cars. Shortly following the opening the capacity will be increased to 600. Work was started last fall but was halted twice, first because of bad weather and later because of legal difficulties. Cost estimates have increased from $50,000 to $85,000. The screen is 66x60 feet and is mounted on a 67-foot tower. … Arthur O. Perkins and Merit L. Espy are now the sole owners, having bought out the interest of the third partner, Nordell Huffaker.”

By August 1949, there were brief notes of Perkins and Espy of the Starlight visiting San Francisco Film Row, so it must have opened.

The 1983 Motion Picture Almanac had this drive-in renamed as the Redding Drive-In, which continued through the final MPA list in 1988.

The Redding Record Searchlight ran an article on July 19, 1993 about the likely final season of the Redding, the last drive-in “still operating in Shasta, Siskiyou, Trinity and Tehama counties. One in Mount Shasta closed a few years back.” The McConnell Foundation, which had recently purchased the property, did not plan to continue to lease it to the drive-in.

A later blog post in the Record Searchlight said that after closing in 1993, the drive-in was dismantled in February 1998.