The Community Council on the Performing Arts (Official) 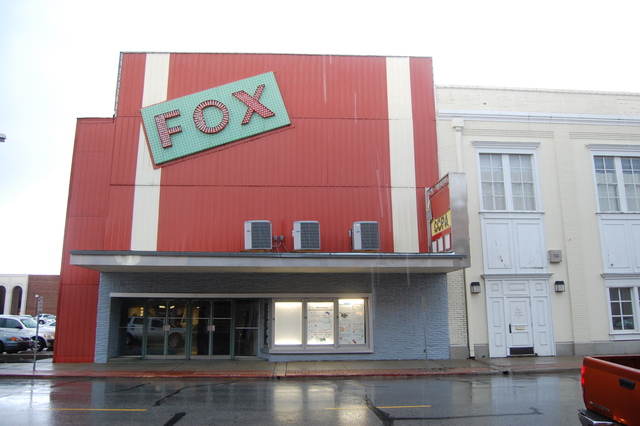 Built in 1910 and remodeled in 1950’s and then again in 1992. It is now a community theatre named Fox Playhouse. Located close by Kansas and Missouri border, near Kansas City, Missouri.

I saw a movie, which I can no longer remember the name, here in the nineties. In the lobby there were many old photos of the theater when it was reopened in the 50’s after the remodel. If I remember correctly, I was there on a Saturday night and it was dead.

I went to this theater as a teen, later I worked there for a short time in 1968. Several years ater it was twinned with the balcony being one theater and the lower section being another, The seating was elevated continuous from front to back without the usual floating balcony. Only a separating walkway where patrons entered the auditorium. Some years later it was Multiplexed again into three cinemas by splitting the lower section. resulting in three very short throw, very wide theaters, not your typical long narrow shoe boxes. At last it was stripped out and restored as a stage playhouse type theater. This is the theater where I first stepped into the booth at age 14 and began my career as a film projectionist. ending with 30 years with IMAX, with about 47 years total.

This theater has been converted to a community theater and renamed the Fox Playhouse. It is owned, since 2003, by the Community Council on the Performing Arts, Inc. www.nevadamoccpa.org