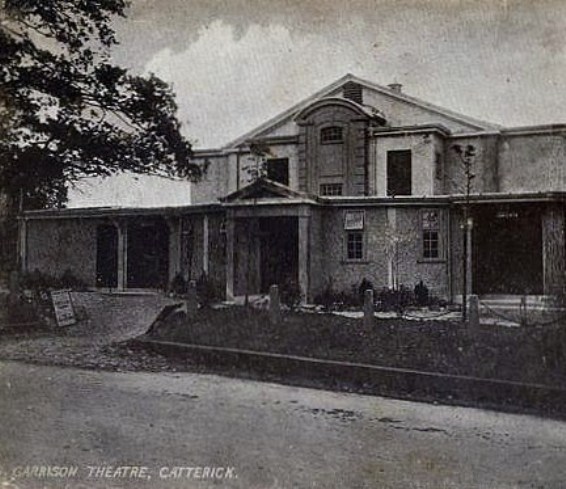 Catterick Garrison is a large army camp, located in Catterick, near Richmond, North Yorkshire. The camp was opened in 1914. The Garrison Theatre was built and opened in 1917, with labour provided by German prisoners of war.

It was closed and demolished in 1964.

Originally built as a theatre by German prisoners of war in 1916/17, it was formally opened by the Duke of Connaught in June 1917. Built at the behest of Basil Dean, who went on to become head of ENSA during WW2.It carried many of the design features of the Grand Theatre in Leeds. Following the formation of NAAFI in 1921 the theatre was leased for use as a 573 seat cinema. It continued in this role until the doors finally closed in 1964 with the building being demolished the same year.