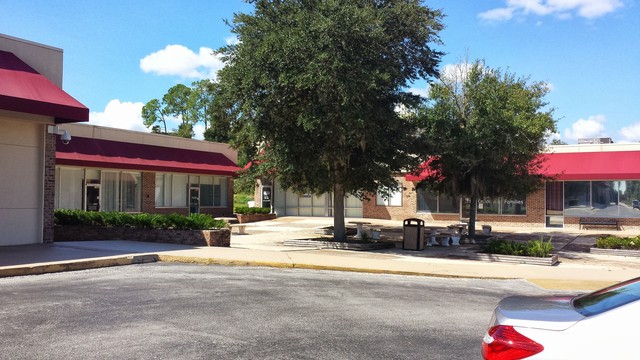 The Woodland Plaza Cinema was opened in 1973. It was still operating in the 1990’s. Since closing it has been converted into a DMV office.

According to the following article the theater opened in 1973 and had 305 seats:

The Woodland Plaza Cinema was last owned by Chester Frank DeMarsh from 1983 when he purchased it from Cobb Theaters and operated it until it closed in the early 1990’s. His father had opened a string of drive-ins in Pennsylvania and then throughout Ohio, West Virginia, North Carolina and South Carolina. His sons opened the nearby Victoria Square 6, and now also operate the Epic Theaters chain in Central Florida.