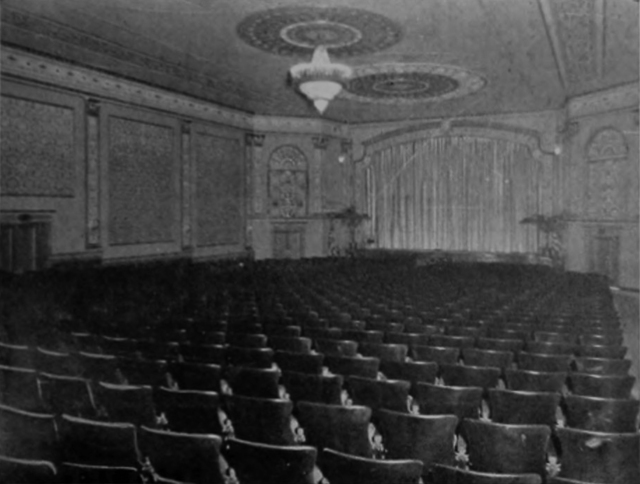 Here is the opening announcement for the Seltzer Theatre at Palmyra from the December 31, 1927, issue of Motion Picture News:

I’ve found the Iroquois Theatre mentioned as early as 1912, but haven’t found any details about it.