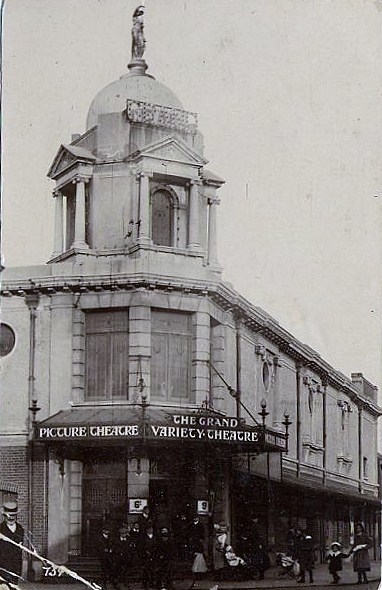 Located in the Kent, Medway town of Gillingham. The Grand Picture-Variety Theatre was opened on 26th November 1910. It stood on the corner of Skinner Road and Jeffery Street. Initially it operated as a cine-variety theatre, from 6th April 1914, it operated as a cinema only and was re-named Grand Cinema.

The Grand Cinema was closed on 12th November 1960 with “Duel at Silver Creek” and “Behemoth, the Sea Monster”. It was demolished in 1965 and a petrol station was built on the site. By 1987, this too has been demolished and today a Kwik Fit tyre centre occupies the site.