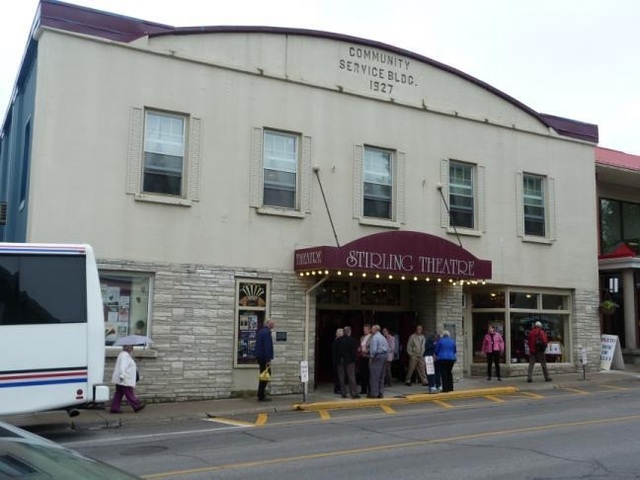 Built as a community auditorium/live stage, this theatre showed movies from 1936 through to around 1960. My father, living above his dad’s grocery store would go and get the movie poster (one-sheets) every Monday before school and saved them all (his mother threw them out when he went to college, another story). This building also housed the village police station and there is a jail cell in the basement.

Theatre was sporadically used for community events through the 1960’s and 1970’s and even an occasional movie showing (once or twice a year) in the 1970’s. Slated for demolition in the 1980’s, it was instead saved and restored to ‘better than former’ glory in the 1990’s. It is now a live venue (a large stage and lighting were always part of this venue) which hosts 45,000+ patrons per year. Seating capacity is much lower now, probably not much more than 200.