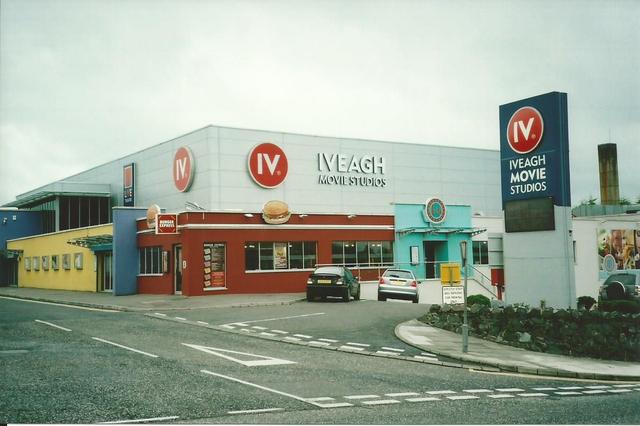 The New Iveagh Cinema opened in May 2004. It is located in the Iveagh Film Studios. The largest screen, seating 300, is also used as a live theatre. The three other screens seat 200, 100 & 100. By September 2008, it had been re-named Iveagh Movie Studios. In 2012 the four screens were upgraded to full digital projection, with screens 1 & 2 having 3D capability. In February 2016 it was taken over by the IMC Cinemas chain. In 2017 a 5th screen with 60 seats was added.

On Friday 12th February 2016 IMC Cinemas bought the Iveagh Movie Studios from owner Dominic Quinn. The price was not divulged, but the Studios had been put up for sale in 2013 at an asking price of £1.3m.

IMC announced it would be spending £2.5m on a major refurbishment, which would include a new shop, updated, state of the art Dolby sound equipment and bigger screens. The company might even increase the number of auditoria by adding a VIP screen.

Doubts had been cast over the future of the Studios when, in 2014, IMC’s rival Omniplex was granted planning permission for an eight-screen cinema at a new leisure destination called The Outlet. It is unclear whether that new cinema will now go ahead.

Sadly, long-time Studios manager Giles Conlon decided to leave when IMC took over. He had been there since six months before the Studios opened. (An opening date of 26th March 2004 was quoted, which updates that given in the Overview above.)

In the event, the new Omniplex opened in the Outlet shopping centre on 17th June 2016. See separate Cinema Treasures entry.