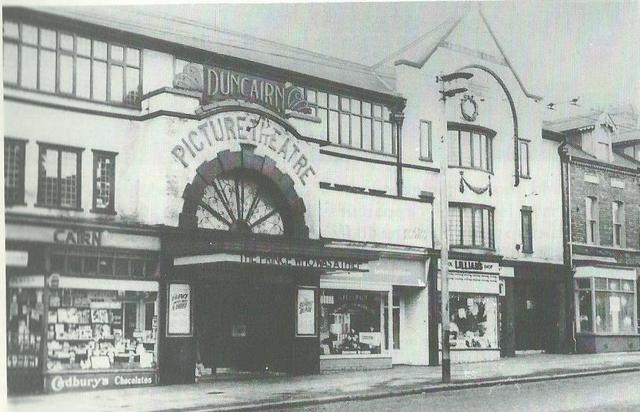 Situated in lower Duncairn Gardens at the corner of N. Queen Street. The Duncairn Super Cinema (known locally as ‘The Donkey’) opened on 3rd July 1916. It had a 20 feet wide proscenium. At some time seating capacity was reduced to 900, to allow for more comfort.

Around 1936, it was re-named Duncairn Picture Theatre. The cinema closed at the beginning of the Troubles on 22nd November 1969. For a while it was used as a football supporters' social club, but the site was eventually cleared as part of a re-development which led to the construction of the North City Business Centre.