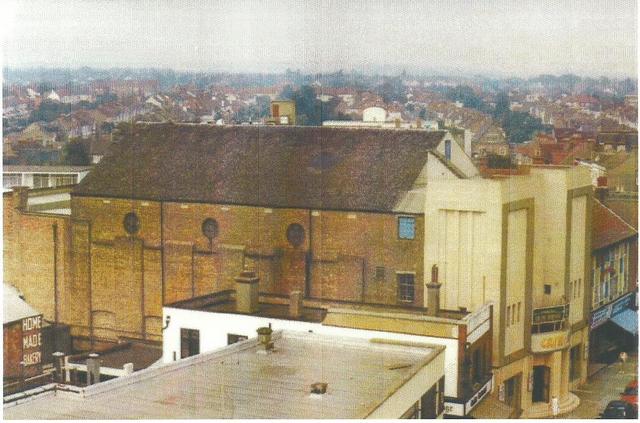 In Leigh-on-Sea, near Southend-on-Sea, Essex, the Coliseum Picture Palace opened in April 1914, and was designed by architect Frank Bowhill. It was owned by Charles Dare and had 600 seats and an organ. The cinema closed for the installation of sound in 1929 and was also considerably enlarged. The New Coliseum Cinema opened in January 1930, now with seating for 1,100 patrons. In November 1936 it closed for further alterations by architect George Coles, reopening in December 1936 as a very plush addition to the Cohen and Rafer circuit with 1,080 seats. Ben Jay was in control in the late-1930’s.

By 1940 it was part of the Albion circuit and by the early-1950’s its proprietor was John E. Pearce. In 1954 it was purchased by Essoldo, who closed it as a cinema in May 1965. It became an Essoldo club, then Sterlings Bingo Club. That closed in January 1997 and the building was subsequently converted into flats.