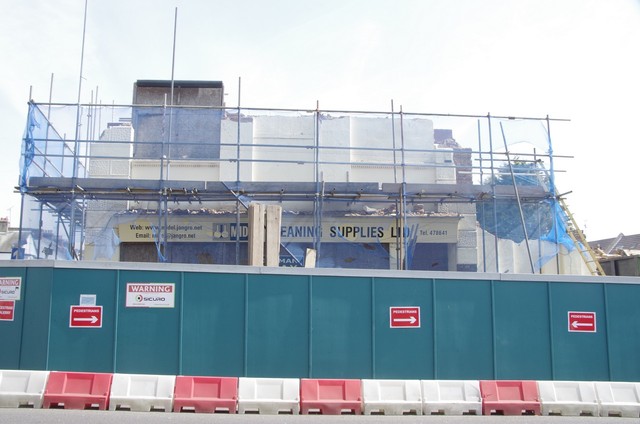 In Leigh-on-Sea, near Southend-on-Sea, Essex, in early-1912, Henry Bridge built a shop, furniture repair works and living accommodation. He was a well-known local carpenter and builder, and the building was soon remodelled as Henry’s Hall, with a concert hall on the first floor and furniture auction room on the ground floor. The concert hall opened on 8th June 1912, mainly with live entertainment. Bioscope presentations were included in the variety programmes, though these were discontinued in 1915.

Dossett’s bakery took over the building in 1923 and was there until the 1980’s when Midel Cleaning Supplies took over. In 2004 an application was lodged to convert the building into flats, but this did not meet with approval of the local residents and, in November 2013, the building was standing empty. It was demolished in April 2014.

After standing empty for some years, Henry’s Hall was demolished in April 2014.