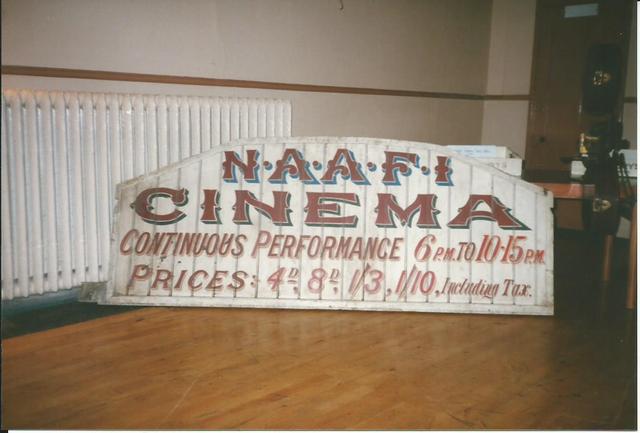 Tidworth, Wiltshire, is a garrison town, situated on the eastern edge of Salisbury Plain. It is mainly home to Army Armoured, Logistics and Signal Corps. The Garrison Theatre opened in 1909. Originally gas-lit, it has staged every type of entertainment for the troops, from pantomime and concerts to full-scale variety shows. Typical of a military building, it is flat-floored and unadorned. There is a small balcony. Originally, accommodation was for around 1,500, on military benches. Except for the balcony, seating is now on loose chairs, so the 800 capacity is approximate.

The theatre’s survival is down to the Pickernell family. First Bert Pickernell, who came from the Swindon Empire Theatre and who saw the theatre through two world wars, initially as a NAAFI and then as an ENSA theatre, and, latterly, since 1987, his grandson Tony. Film shows, of course, have been provided through the years, and a nice survivor (photographed in May 1998) was the NAAFI Cinema sign, complete with performance times and ticket prices.