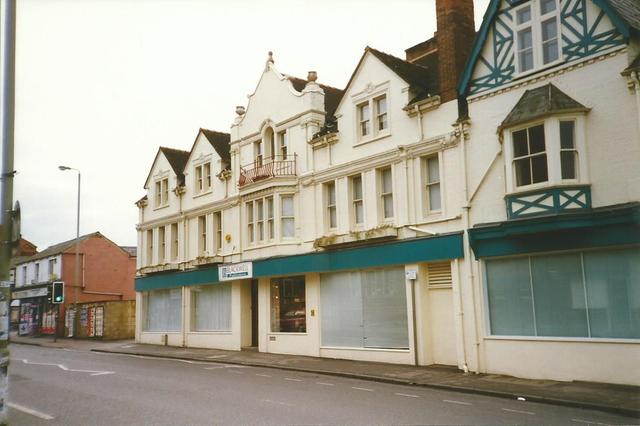 In Oxford, Oxfordshire, the foundation stone for the East Oxford Constitutional Hall was laid in 1889. It was fitted with a stage, and a gallery ran around three sides of the auditorium. Possibly due to its political sponsorship, lettings were not as good as anticipated, and in January 1898 it was renamed the Lyric Hall. On 1st January 1900 travelling Velograph animated picture exhibitor Albany Ward took over as manager and licensee, changing the name to the Empire Theatre of Varieties. He presented plays, variety and Velograph pictures, but moved to Weymouth in 1906. Frank Stuart, who ran the Elm Tree pub opposite the hall, took over, changing the name to the East Oxford Theatre but retaining films as part of the variety programmes. Scott Alexander took over in November 1910 - he, too, changed its name, to the Oxford Hippodrome.

In 1912 the hall received a major ‘reconstruction for cinematograph purposes’: a better projection room was built and the side galleries were replaced by a straight fire-proof balcony more suited to films. The hall was redecorated and new tip-up seats installed. The building was renamed the Palace Theatre and reopened on 14th October 1912 with a programme of films and variety. In 1921 a two-manual ‘straight’ organ was installed to complement the trio of musicians. This was removed (no doubt along with the musicians) when Western Electric sound was introduced in 1930. The Palace Cinema was taken over by Union Cinemas in 1932 and passed to ABC in 1937. It closed as a cinema on 4th June 1938 with Bing Crosby in “Double or Nothing” and “The Last Adventurers” starring Niall MacGinnis. The building was subsequently used by Blackwell’s Publishing until 2005.