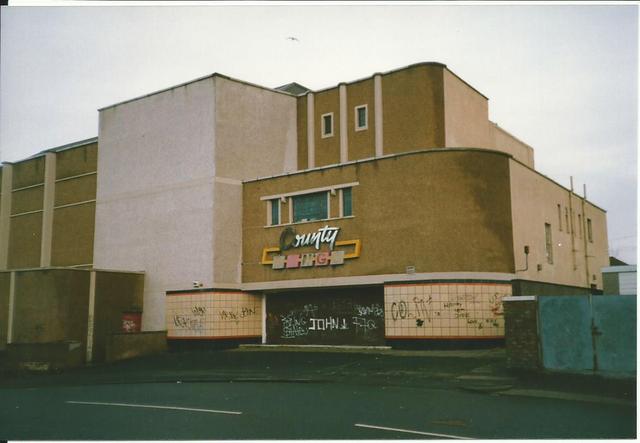 In the King’s Park district on the South Side of Glasgow, on a prominent site at the crest of a hill. The State Cinema opened on 20th December 1937 with “Ready, Willing and Able”, starring Ruby Keeler. It was owned by George Urie Scott’s Cathcart Picture Playhouse Ltd. There was an island pay-box. In the auditorium the walls and ceilings gently curved towards the screen. At night the entire building was vividly outlined by red and blue neon strips.

In June 1971 it was sold to County Properties and Developments Ltd. and renamed County Cinema. In 1972 the cinema closed and bingo took over. This had closed by the time of my visit in December 1998. It had been demolished by 2021 and a block of flats have been built on the site.