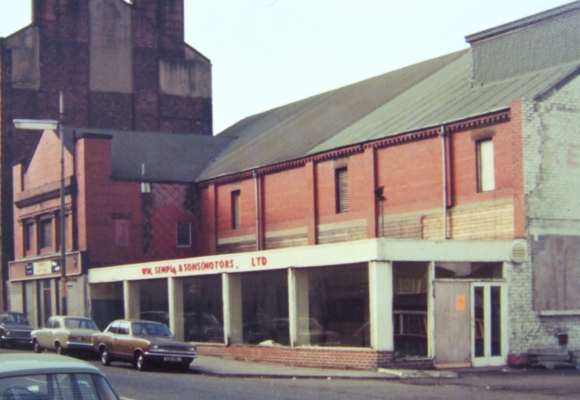 Located in Rutherglen, on the South Side of Glasgow. Green’s Pavilion Cinema was opened by George Green in 1914. The proscenium was 32ft wide. In 1930 it was rebuilt and was equipped with a Western Electric(WE) sound system. In April 1936 it was re-named Cinema still operated by George Green.

The Cinema was closed in March 1959 and became a car showroom. It was demolished in 1985.