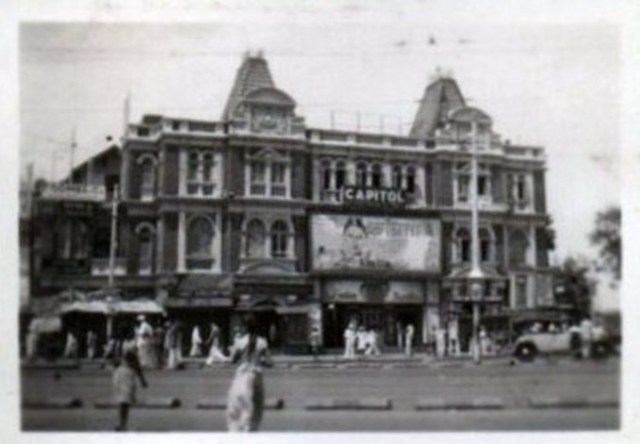 Located opposite Chhatrapati Shivaji Terminus Railway Station (originally Victoria Terminus). The Gaiety Theatre was built in 1879 and opened on 6th December 1879. Seating is provided in orchestra stalls and a horse-shoe shaped circle. There were also boxes containing seats beside the proscenium. Although a live theatre, film shows were presented as early as January 1897.

The Gaiety Theatre was taken over by Globe Theatres of Calcutta in 1928, and was re-named Capitol Theatre when it converted to full time cinema use on 20th January 1928.

When CinemaScope was installed in the mid-1950’s, the proscenium was widened and the side boxes were removed.