Operated by: Mukta A2 Cinemas 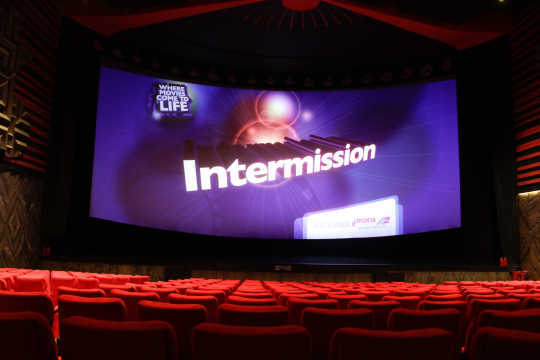 Located in South Mumbai near the VT Station and Central Bank of India. Originally on this site was the Novelty Theatre, opened in 1887 and designed in an Italianate style. In 1896 the brothers Lumiere screened their movies at the Novelty Theatre. In 1909, the Novelty Theatre was demolished and the Excelsior Cinematograph Theatre was built. It also featured many live theatre performances, attracting international artistes such as Pavlova, Heifetz, Clara Butt & Harry Lauder. It was closed and demolished in 1973.

The New Excelsior Theatre was built on the site. Designed by architects N.N. Mehtia & L.M. Contractor, the cinema occupies the basement, ground floor and 1st floor the the building, with the lobby being on two levels. There is also an 8-storey office building adjoining. Interior decorations were by Waman Moreshwar Namjoshi. Seating was provided for 1,001 on a single stepped orchestra floor. The small stage does not have a proscenium, but a curtain and narrow pelmet are suspended in front of the deeply curved Dimension-150 screen, the largest in India. Later further office accommodation was built on top of the auditorium and the cinema was given a new façade.

Later the Mukta A2 Cinemas chain took over, which is own by filmmaker Subash Ghai. The Mukta A2 chain operates 50-screens in 15-cities across India. In 2016 the Mukta A2 New Excelsior Theatre was renovated to the plans of architect Sohil Kapafia and it re-opened in February 2017. The seating capacity has been reduced to 506-seats for more comfort. A new projection box has been created out of space at the rear of the seating area.