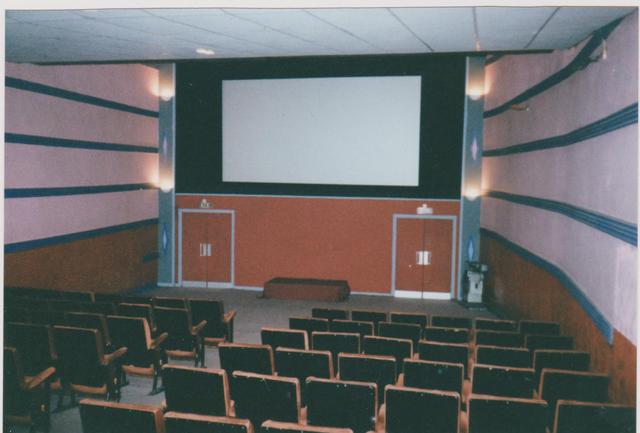 Located in Lake, a small village between Sandown and Shanklin on the Isle of Wight, off the south coast of England. The single level building was constructed in the 1930’s as a Co-Operative shop. That closed in the 1960’s, and the building became a C.B. Furnishings store.

It was converted by Vic Farrow into the Cinema de Luxe, opening on 14th October 1989 with “Indiana Jones and the Last Crusade”. It was a reverse cinema, with the screen end at the front of the building behind the small foyer.

The Screen de Luxe was closed on 21st September 2000 with Russell Crowe in “Gladiator”. Permission was granted to convert the building into a fitness centre, but this may or may not have occurred. It was last used as a hardware store specialising in floor materials. By 2016 it was a veterinary clinic.

The first film to be shown at this cinema was Indiana Jones and the last crusade.

According to Google street view in June 2015 it was a veterinary clinic called Pet Doctors.