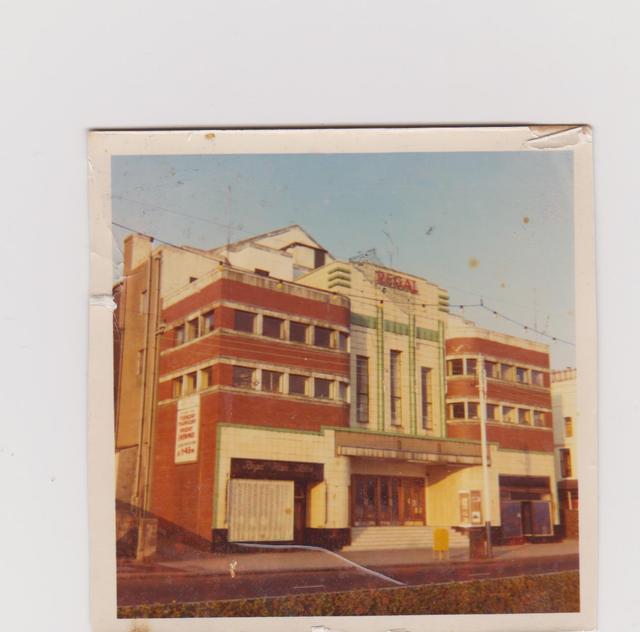 Located in Rothesay, Isle of Bute. The Regal Cinema was built by the operators of the town’s Palace Cinema, A.B. King with Caledonian Associated Cinemas. The Regal Cinema was opened in 1938. It had a 42 feet wide proscenium and was equipped with a British Acoustic(BA)-Duosonic sound system.

It was equipped with CinemaScope in 1955. Part-time bingo was introduced in the winter months in the mid-1970’s, and the Regal Cinema showed its last film in September 1976, when bingo took over completely. The bingo club was closed in 1989. The building then stood unused until it was demolished in July 1995. A block of flats known as Regal Place was built on the site.

The Regal closed during the winter of 1972-73 when the Palace added 3 nights of films (qv) This did not happen again, as CAC confined patrons to the balcony of the Regal. A playgroup used the first floor café in later cinema days, and two integral shops were last to leave,.