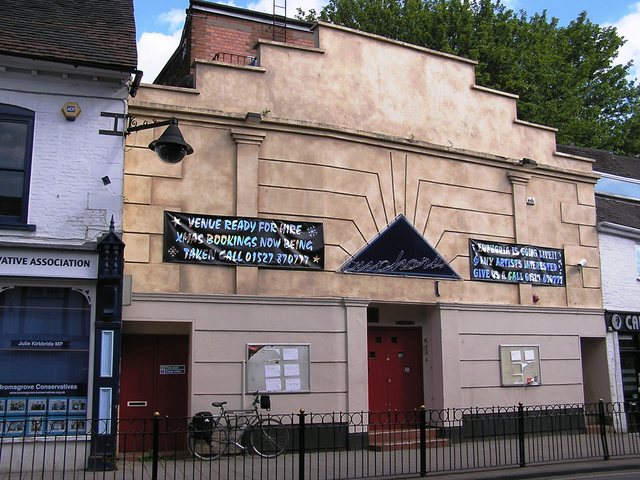 Located in Bromsgrove, Worcestershire. Originally built as the Playhouse in 1910, it was screening films by 1914. Listed in the 1934 edition of Kinematograph Yearbook as being ‘rebuilt’ (actually remodelled).

The Regal Cinema opened on 22nd April 1934. It had a 22 feet wide proscenium and a 14 feet deep stage. By 1947 it was operated by S.M. Super Cinemas Ltd. and from 26th August 1954 by the Essoldo chain. It was closed in 1961. Converted into an Essoldo Bingo Club, this operated until November 1976, when the bingo operation was transferred to the towns' Plaza Cinema. The Regal Cinema had become a snooker club by 1988.

Currently in use as a nightclub known as Love 2 Love.

The Regal is currently a nightclub called 57 Monkeys.