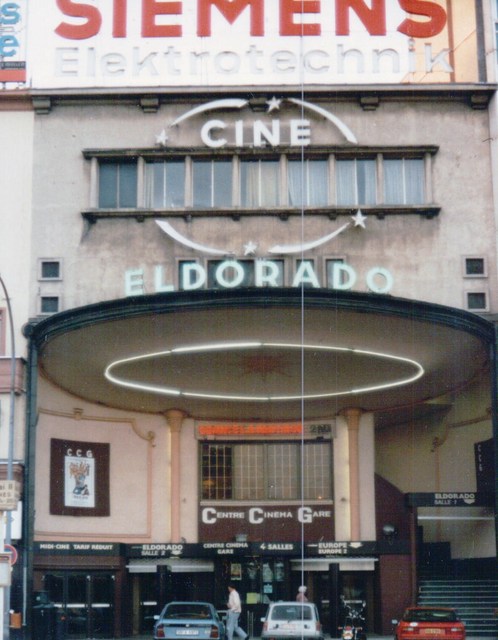 Located in the Place del la Gare, outside the main Luxemboug Railway Station and tram terminus. The Cine Eldorado was opened on 30th December 1949 with Olivia de Havilland in “The Heiress”. It was designed in a Streamline Moderne style, and had seating provided for 730 in the orchestra and 270 in the balcony. A feature of the exterior of the building was the circular marquee, and the open spiral staircase to the balcony level, which began on the street on the right side of the entrance, rather than inside the foyer.

In June 1982, the Cine Eldorado was converted into a 4-screen cine-centre. The balcony was extended forward to create Screen 1 which now had 364 seas. The former orchestra seating area was tripled. It was closed in November 1988, together with the adjacent Cine Europe, and both buildings were demolished in 1989 to build a bank on the site.