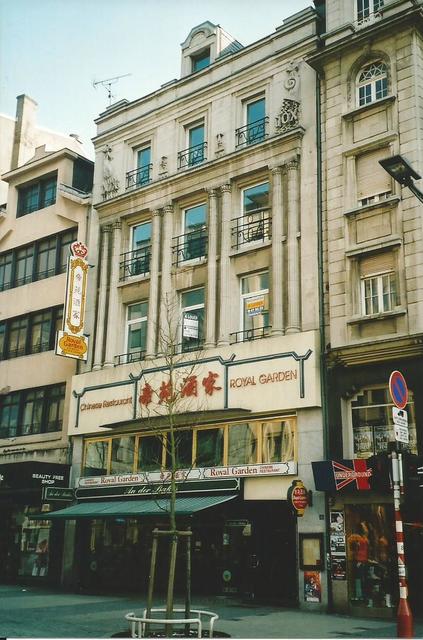 The Cine Capitole Theatre was opened on 28th March 1931 with Lilian Harvey in “Le Chemin du Paradis”. It was built for George Reckinger and was designed by architects Jean Mackel & Mathias Martin. It was equipped with a Western Electric(WE) sound system.

In 1947 it was remodelled to the plans of architect Etienne Galowich, re-opening on 10th December 1947 with the film “Monsieur Vincent” starring Pierre Fresnay. In 1953 the Cine Capitole became the first cinema in Luxembourg to be equipped with 3D, when it screened “Bwana Devil”.

The Cine Capitole was closed on 23rd May 1969. It is now in use as a Chinese restaurant.