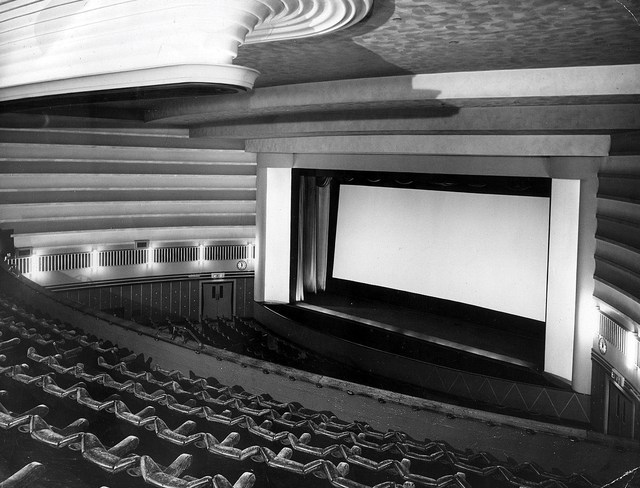 Located in a suburb to the north of Brighton. The Gaiety Cinema was opened on 24th April 1937 with Fred Astaire & Ginger Rogers in “Swing Time” and a documentary “The King’s People”. Designed in an Art Deco style by architect Frederick W. Morgan of Pinner, Middlesex, It had seating provided in stalls and circle levels. A feature of the curved corner façade was the 50 feet high tower, highlighted in neon strips.

It was re-named Ace Cinema in 1965, and was taken over by the Classic Cinemas chain in 1971 and re-named Vogue Cinema, playing sex films and featuring live striptease performances. It was also used as a bingo club on some nights a week. In 1979, Classic Cinemas began to programme family films, but this was a short lived venture as the Vogue Cinema closed in late-1979. It was later demolished and its site is now taken up with a road widening scheme.