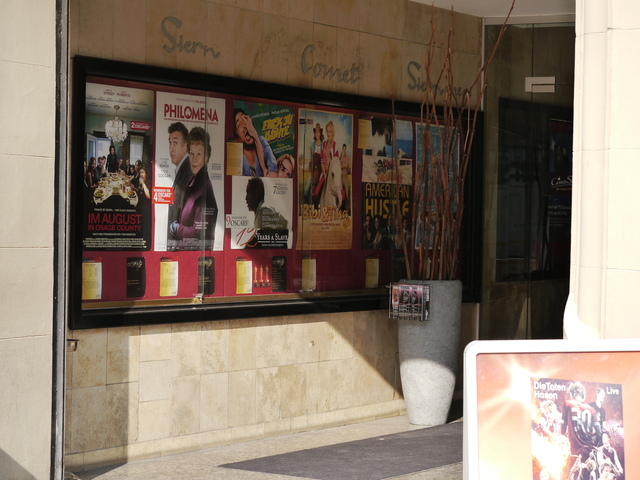 In 2013, the fourth auditorium, the Filmstudio, which was located just next to the Stern-Lichtspiele, was closed after 54 years.