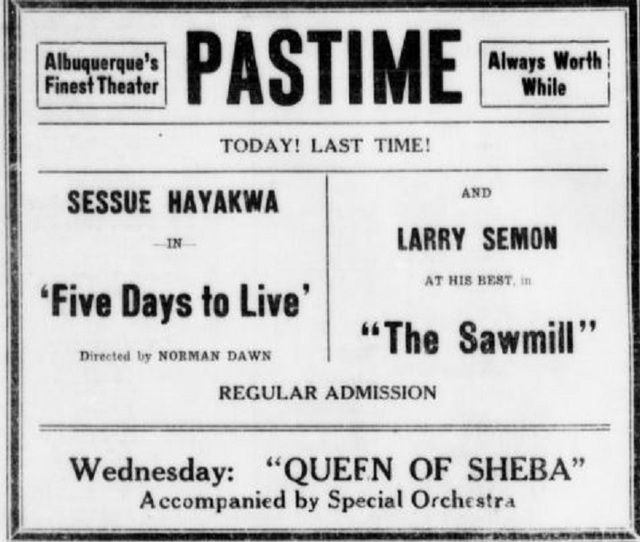 The Pastime Theatre opened September 1, 1909. The Pastime Theatre is listed in the 1934 Film Daily Yearbook with 350 seats, although it had been damaged by a fire in November 1933. It reopened as the Mesa Theatre December 23, 1933 and closed around 1949 to be demolished and the State Theatre was built on the site.

Both grand opening ads in the photo section.