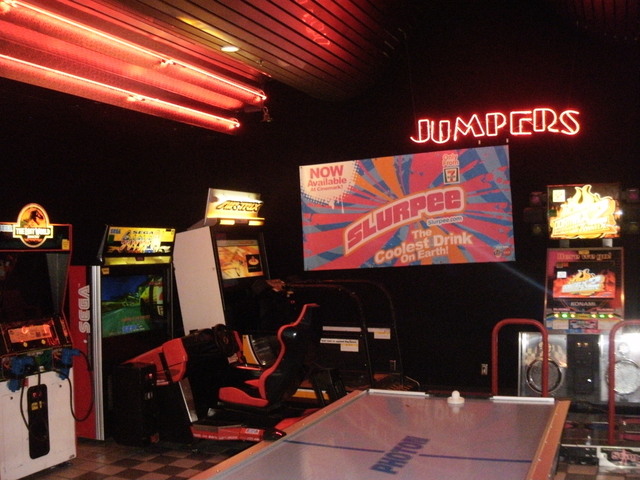 In April of 1988, PBA Development Inc., an affiliate of Cinemark Theatres, purchased 8.6 acres from Trammell Crow at the entrance to the 1,000-acre Westchester development at Carrier Parkway and I-20 in Grand Prairie for a 12-screen theater complex. A new theater, it was surmized, would attract people from Arlington, Grand Prairie, DeSoto and possibly South Dallas. On March 9, 1990, the multiplex opened following the previous fall’s opening of the circuit’s Vista Ridge 14 in Lewisville. The theater was a big success and would eventually attract competition.

United Artists decided to challenge Cinemark in three zones: Lewisville, Garland and Grand Prairie. Patterning its Grand Prairie theater after its UA Lakepointe 10 in Lewisville opened in December of 1994, the circuit opened its UA Grand Prairie 10 on August 24, 1995 at 510 Westchester Parkway seating 2,550. Two theaters had 490 seats featuring THX sound systems with all houses having DTS digital stereo. Opening features included Lord of Illusions, The Show, The Amazing Panda Adventure, and Desperado. UA would leave Lewisville while Cinemark downgraded its Garland location to sub-run discount status. That left Cinemark and UA Grand Prairie continuing to compete for clearances for more than 20 years. In the age of the megaplex, these two were among the longest-running same-zone challenge business situations in the DFW area.

AMC would open its new-build AMC at the Parks in Arlington just to the West but these two theaters just kept trucking past their 25th and 20th anniversaries looking virtually unchanged since their openings.

From the aerial photo, this looks like it opened with 12 screens and four more tacked on later on.

Hey, Dallasmovietheatres, UA Grand Prairie now has its own page at http://cinematreasures.org/theaters/49727

In spite of the fact that its name is Movies 16, this complex never had sixteen theatres. It currently has only 15.

Interesting. Photos on Google image search confirm that after the remodel the directional signs in the lobby say Theatres 1-9 that way, 10-15 that way. No mention of screen 16. You’d think Cinemark would stop calling it “Movies 16” and just call it Cinemark Grand Prairie now.

JHamm7 is right. This theater never had 16 screens despite being called Movies 16.

According to what a manager told me many, many years ago, expansion from 12 to 16 screens was well underway at the theater when someone noticed that the expansion plans failed to include restrooms in the new area. Because construction work was so far along by this point, it was cheaper for them to convert what would have been one of the new screens into the missing restrooms.