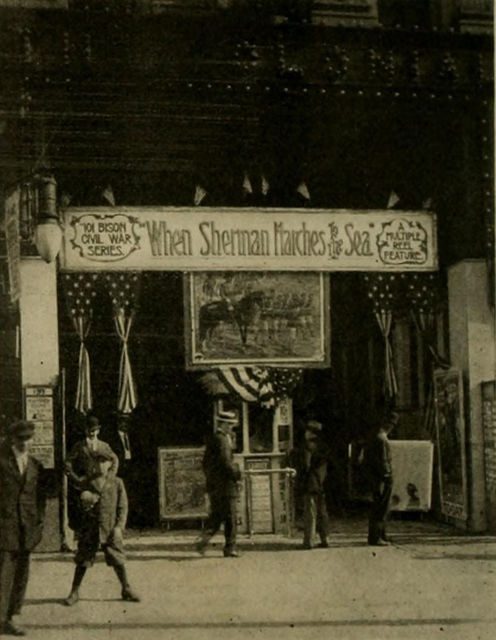 Opened in 1907 as the Fairyland Theatre. By 1911 it had been renamed Colonial Theatre and finally renamed Rialto Theatre on January 13, 1918. It seated 600 and the Rialto Theatre closed in May 1924. The site is now an office building.

The May 11, 1924, issue of The Film Daily announced the end of the Rialto Theatre:

“(Special to THE FILM DAILY)

“Rochester. N. Y.— The Rialto, owned by Albert A. Fenyvessy has closed its doors and the building will be torn down to make way for a new clothing structure. It is supposed to be the oldest theater building in Rochester.”An article about A. N. Wolf, owner of the house in 1913 when it was called the Colonial Theatre can be seen on this page of the October 18, 1913, issue of The Moving Picture World.

The 1911 Rochester City Directory lists Chester Fenyvessy as the manager of the Colonial Theatre in Rochester, indicating the name change to “Colonial” occurred by 1911. In 1911, my grandmother, Madonna (Montran) Fenyvessy, played piano for the silent films there.