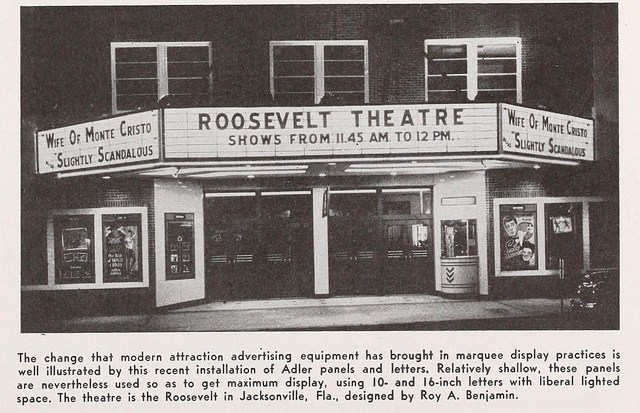 The Roosevelt was one of three theaters in LaVilla, the historically African-American neighborhood adjacent to downtown Jacksonville. The other theaters were the Strand and the Ritz. The neighborhood went into decline in the 1960s and what remained was largely eradicated by an urban renewal project undertaken in the 1990s.

The block of Ashley Street on which the Roosevelt Theatre was located has been absorbed into the campus of the LaVilla Middle School of the Arts, a Duvall County Public Schools magnet school.

The caption of the photo uploaded by elmorovivo says that the Roosevelt Theatre was designed by architect Roy A. Benjamin.