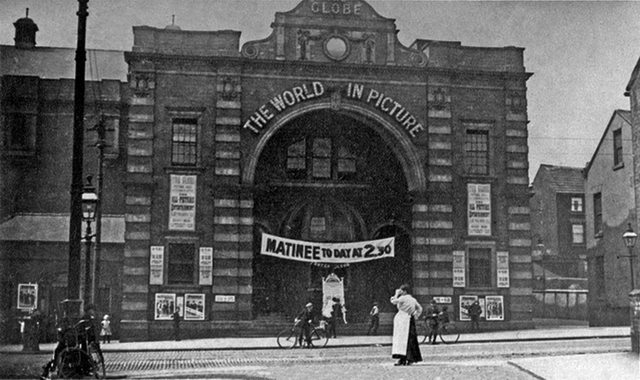 Located on Attercliffe Common at the junction with Fell Road. The Globe Picture Hall was a venture of the Sheffield Picture Palace Co. Ltd. It opened on 10th February 1913 and was, at that time, one of the largest cinemas in Sheffield. The architects were Benton & Roberts. The owning company reformed on 21st March 1914 as the Sheffield & District Cinematograph Theatres Ltd. and remained owners until closure on 29th June 1959.

The Globe Picture House was demolished. The Amberley Garage now (in 2014) occupies the site.

In KYB 1950 and 1954 the capacity is down to 1,380. No KYB listing mentions anything about the dimensions of the proscenium, stage or screen, nor about dressing rooms.