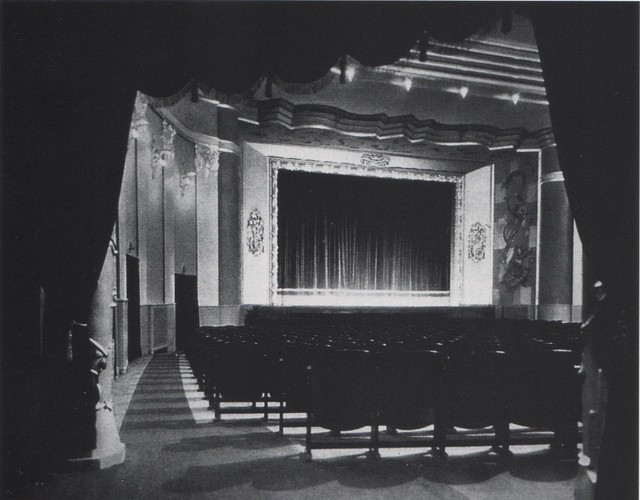 Located in the Charlottenburg district of Berlin. The Piccadilly Kino was opened in 1925 and was designed by noted theatre architect Fritz Wilms. Seating was provided on a stadium plan, with 890 seating in the orchestra, and 344 seats in a raised stepped section at the rear.

The Piccadilly Kino was destroyed by allied bombing on 22nd November 1943.

The Piccadilly Kino is my favorite Cinema because of the memories it brings forth and the stories it tells. My Mom was 16 y.o. when the Piccadilly Kino was destroyed by allied bombing the night of November 22, 1943 during World War II. Her and her girlfriend were in the theater watching a movie when the air-raid sirens went off. They both took shelter in the nearby Deutsche Oper Underground Subway station.

They emerged the next day to see their city of Charlottenburg devastated by the many bombs that flattened their homes and left the city in total ruin. So extensive was the destruction and chaos that the teenagers' homes were reduced to heaps of rubble including their apartment and her mom’s Candy Store. Neither Mom nor daughter knew if each had survived until they were reunited in at a relatives house in the Schwarzwald in 1946. #WarIsHell