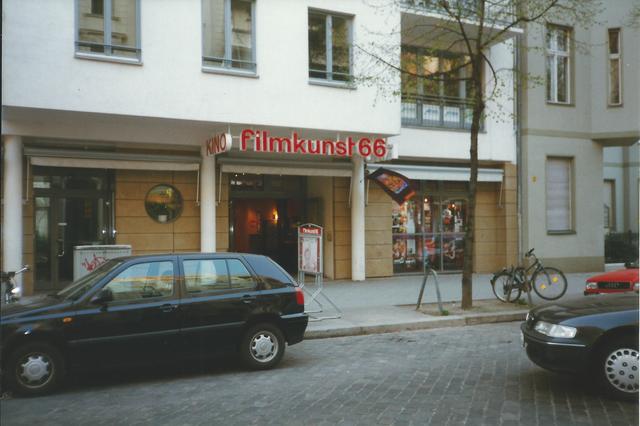 Located in the Charlottenburg district of west central Berlin. Built on a bomb site, and originally opened in 1951 as the BeLi Bliebtreulichtspiele, it was a single storey building designed by architect Willi Schreiber with 400 seats. In 1956 it was re-named Capri Kino and operated until 1966. It then became an adult sex cinema for a while.

In 1971 it was taken over by new operators and re-opened as the Filmkunst 66, screening independent films and hosting film festivals. In 1993 the building was demolished.