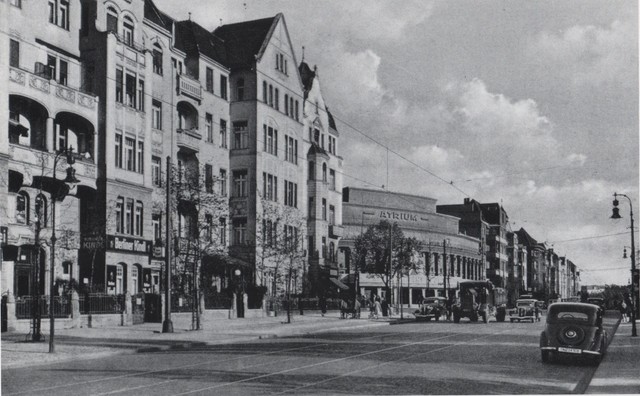 Located in the southwest Berlin district of Wilmersdorf, at the corner of Bundesalle (#178) and Berlinerstrabe. Opened in 1926, this large cinema had a magnificent façade, which curved around the corner. It was designed by architect Friedrich Lipp, and had seating provided for 925 in the orchestra level and 1,100 in the huge balcony. The Atrium Lichtspielhause was equipped with an Oskalyd organ which was installed on 31st March 1927.

Sadly, the Atrium Lichtspielhause was destroyed by Allied bombing during World War II. The lower part of the façade remained standing into the mid-1950’s, when it too was demolished. An apartment block now stands on the site.