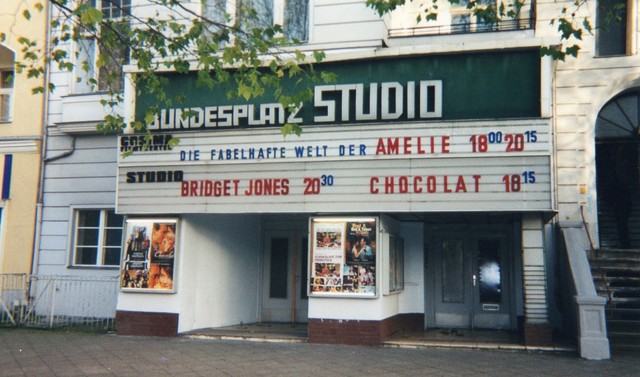 Located in the Wilmersdorf district in West Berlin. The Lichtspiele Kaiserplatz was opened in 1913. In 1933 it was listed with 230 seats. It suffered damage by allied bombs iduring World War II and was re-opened in May 1945. In 1952 it was re-named Bundesplatz Lichtspiele.

Since 1994 it has operated as the Bundesplatz Studio Kino with 90 seats. It was closed in 2011, but was rescued and reopened by a group of cinephiles. It screens art house films and also has a café.

Exterior and lobby photos from December 2015