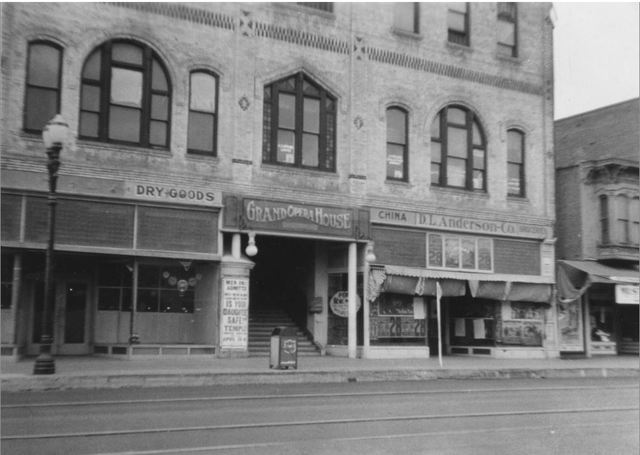 Jim Sleeper’s book, “Great Movies Shot in Orange County" notes that in April of 1899, an advertised feature at the Grand Opera House was “The Wonderful Electro Magnograph, another of Edison’s rivals". Included was a bullfight from Madrid, followed by the victorious U.S. Navy steaming home from Cuba after the war with Spain.

A Los Angeles Times news story on July 22, 1923, reported that a bank would be built on the former site of the opera house.