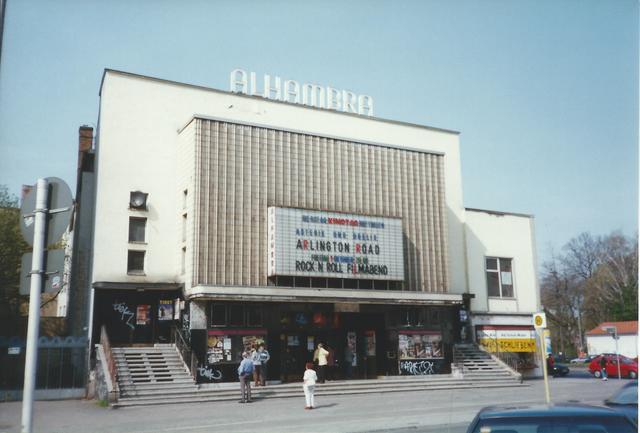 Located in the Wedding district of Berlin. The Apollo Kino was opened in 1916 with 300 seats. In 1921 it was enlarged to the plans of architect Max Bischoff and with 950 seats was re-opened as the Alhambra Kino. The building was destroyed by allied bombing in World War II.

In 1953 a new Alhambra Kino was built on the site, designed in an Art Deco style by architects Hans Bielenberg and Helmut Ollk. Seating was provided in orchestra and balcony levels. Always independently operated, it was closed in 2000 and demolished in 2001 to build a new 7-screen Alhambra on the site (which has it’s own page on Cinema Treasures).