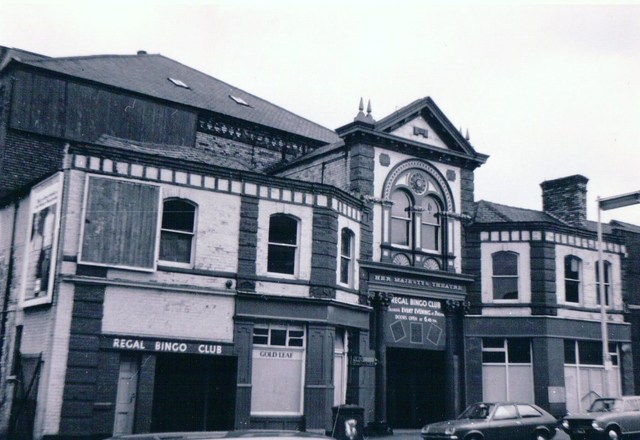 The interior was rebuilt to the plans of architects Beadle & Hope. In 1905 it was re-named Her Majesty’s Theatre. It was leased to Sydney Bacon and film shows were resumed by 1912, as well as variety shows. By 1919, films had been dropped in favour of live stage productions and plays.

In the 1960’s it was briefly re-named Municipal Theatre. It closed in early-spring of 1963 and was converted into the Regal Bingo Club in late-1963. This had closed in the 1970’s and it was demolished in 1980 and a Littlewood’s department store was built on the site.