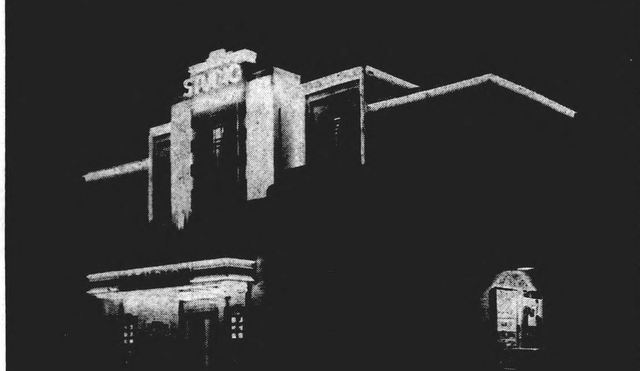 One of three Studio Cinema’s designed by architect E.B. Parkinson of Huntingdon, this one was identical to the original look of the Studio Cinema, Borehamwood. The Studio Cinema was opened on 28th November 1938 with Ronald Colman in “The Prisoner of Zenda”. It is better remembered now under its later name Orion Cinema, and was run under that name by the Cranfield circuit who had five Sussex cinemas, but not the other Studio Cinema in Bletchley which was operated by the Shipman & King circuit.

The closure date of this large village cinema is uncertain but it was demolished and is now the site of a Budgens store and is part of Orion Parade of shops.

The first film should have been The Drum but was changed to The Prisoner of Zenda.