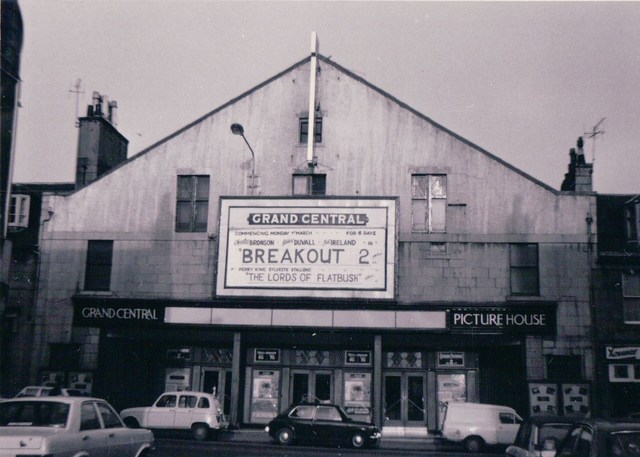 A conversion of the former Allan’s Stores, the Grand Central Picture House was opened on 3rd April 1922 with “Over the Hill” It had 730 seats in stalls and a small balcony, and was operated by the James Donald circuit.

In late-1929 adjacent properties were purchased and the cinema was expanded to 1,640 seats to the plans of architect George Watt. It re-opened on 30th December 1929 with “The Three Rings” and sported a new name Grand Central Picture House Super Cinema. The auditorium had been given an Atmospheric style. In 1930 it was equipped with a Western Electric(WE) sound system and the first talkie was “Bulldog Drummond”.

When CinemaScope was installed in the mid-1950’s, the auditorium was modernised, removing or coving over the Atmospheric style decorations. The Grand Central Cinema was closed on 17th October 1981. The building was demolished in 1984 to make way for a a housing development.