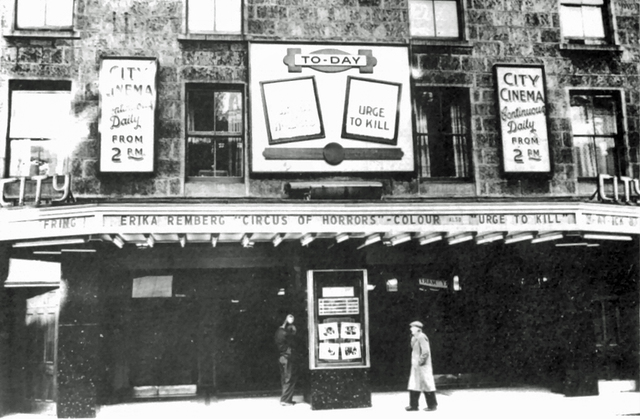 The City Cinema was opened by Aberdeen Picture Palaces on 4th November 1935. Its entrance was through a tenement block of apartments, with the auditorium hidden from view at the rear. It had a 45 feet wide proscenium and was equipped with a Western Electric(WE) sound system.

The City Cinema was closed in 1963 and was converted into a ten-pin blowing alley on two floors, known as the Aberdeen Bowl. It was closed in 2007 and was demolished. The tenement block of apartments were retained.