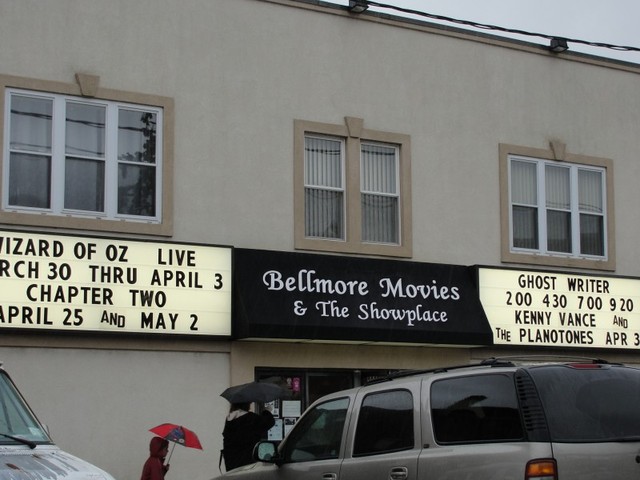 Opened in 1922, this may be the oldest operating theatre on Long Island. It was one of the first theatres in the area and was originally a silent movie house. Almost it’s whole life it was as a second run and double feature house.

For many years it was operated by KB Theatres, a local chain. When they got rid of it, it spent two years showing off-beat foreign and independent films. The owners tried to run festivals that included 3-D and revivals. They then sold the theatre to the current owners who have restored the theatre and play first run engagements plus occasional family orientated stage shows.

In 2020 this is one of only two Long Island single screen movie houses, the other being in North Shore Towers.

Contrary to the heading, not the last single screen theatre. There is the Sag Harbor, Montauk and, across the city line the North Shore Towers. Seasonally they also show movies on Ocean Beach, Fire Island, at the Community center.

This was also affectionately called The Itch because of the occasional rodent that would skitter across your feet.

Uploaded to of the exterior pictures referred to by Chris above. This article and others I’ve seen indicates the theater actually goes back to 1917.

In an article in the NY Times for January 25, 2004 the owners, Henry and Anne Stampfel were interviewed. They’ve owned the theater since 1986 but only performed major renovations in 2002 because of the rebirth of the Playhouse just down the street as a multiplex.

When they ripped up the wood floors to put in slanted concrete they also ripped out a wall and found a stage. In addition to new seats, sound, etc. they built a new stage for use in live productions.

Uploaded photo of an earlier marquee. Still and older one out there.

my wife grew up in Wantagh and used to speak fondly of “the itch” we saw Traffic there, then had some cocktails across the street at Applebee’s

I’ve been to this theater once in the early"70’s,and saw"The Legend of Hell House".The theater was a grand old small movie house in a early 20th century kind of way.You could imagine seeing a Fairbanks or Chaplin silent.Inside I remember it had visible support rods between the two walls,that the projector would show through with out effecting the image on the screen.It would have been great if some genius would have restored it instead of remodeled.We don’t need another crappy"Art"house theater.

The theatre is owned by Stamfel Theatres, they operate this, Malverne and North Shore Towers.

On occasional weekends and during school holidays they often present a family oriented stage show.

Please update, only two single screen theatres in Long Island, Bellmore and North Shore Towers on border line of Queens/Nassau. Both single screens own by the same owner.