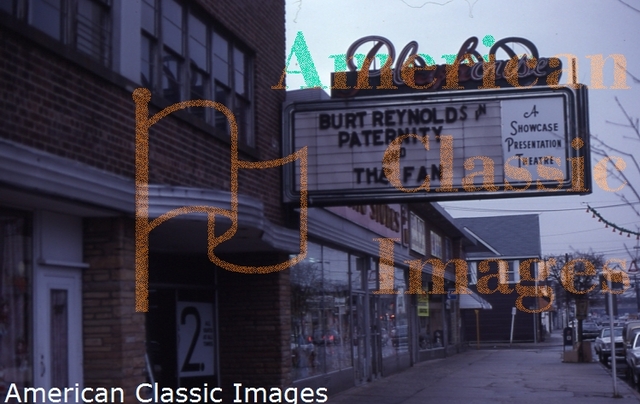 The Bellmore Playhouse was operated in 1957 by Liggett-Florin Booking Service. Another of the Long Island KB theatres. It was twinned in the early-1980’s and closed a few years later. It went back and forth between second run and lower end first run product. It closed in 1985 and sat abandoned until it was remodeled in the early-2000’s into a first run multiplex.

This is a wonderful theater that does attract a realy family crowd. The street the theater is located on, Bedford Ave. in Bellmore, is actually not a busy street, but has been turned into a real “downtown” area with great restautants, coffee shops, etc. A great place to see a show.

I used to go to the Bellmore Playhouse’s Saturday matinees in the early-1960’s. I remember the manager was an elderly man with white hair and glasses (always wearing a suit and tie) who often got on stage in between the double feature (usually science fiction or horror movies, some of them made in the ‘50s). He’d give out free passes or coupons for free candy. Unless I’m mistaken, it was his voice that was on the recorded message when you called the theater.

There were Halloween costume contests at the matinee, and every Christmas they’d show the Mexican/K. Gordon Murray production, “Santa Claus” and, in the mid-to-late ‘60s “Santa Claus Conquers the Martians” and “The Christmas That Almost Wasn’t.”

The last matinees I remember were in the late ‘60s (“The Deadly Bees” plus “The Vulture”; “The Terrornauts” plus “They Came from Beyond Space”). I also remember staying after the matinees to see the “adult movies” that were shown in the evenings. (This was back when adults had adult movies to go to.) I must’ve been about 13 or 14-years-old, trying to figure out what I was watching in the John Cassavettes movie, “Husbands.” But I got in trouble once when my mother found out that I’d snuck in to the Playhouse’s evening show of that “dirty” movie, “The Statue.”

How does one correct something on the American Images site? In Merrick they have two 1981 images of the Playhouse marquee and one of The Movies? I wrote them a note a couple of months ago and no change.

Does this theatre have a website? How much do tickets cost? Do you have any special deals like matinee prices or discount days?

Photo from American Classic Images added which they have under Merrick despite my several request for a fix.

Because Bellmore has become a hopping little downtown at times parking can be an issue, but a nice in-between size place, and ideal for grabbing food and libation before or after a flick.