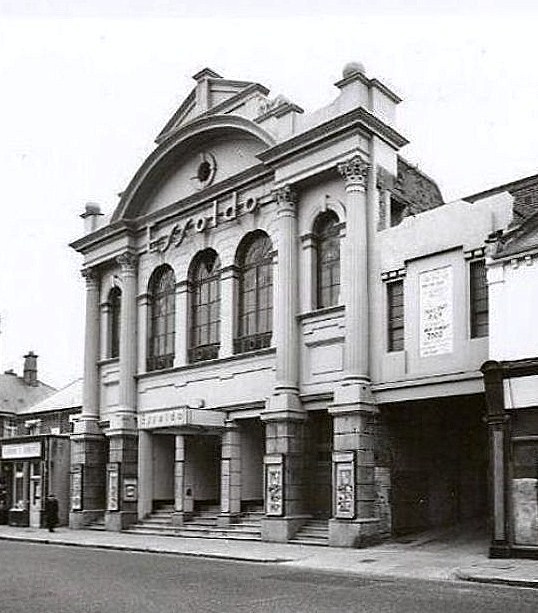 Located in the Kingston Cross district to the north of the city centre. The Majestic Picture Theatre was opened on 5th December 1921. It was designed by Portsmouth architect A.E. Cogswell, in a Neo-Classical style. The projection box was located behind the screen, instead of the usual position at the rear of the balcony. In July 1929 it was equipped with a Western Electric(WE) sound system.

The Majestic Picture Theatre was taken over by the Newcastle based Essoldo chain and was refurbished and re-opened on 26th December 1949. It was re-named Essoldo Kingston Cross in 1951. Taken over by the London based Classic Cinemas Ltd. in April 1972, it was refurbished and renamed Classic. From 6th August, 1972 following the closure of the Classic (ex Cinenews) on Commercial Road, it was renamed New Classic Cinema. This didn’t last long as it was closed on 1st December 1973.

It was converted into a snooker club, which operated from 11th September 1976 and continued in this use for many years. By 2014, the snooker club had moved out of the building and it had been renovated externally. By 2019 it was in use as a bar named Lucky Bar and an S2 Snooker Club.