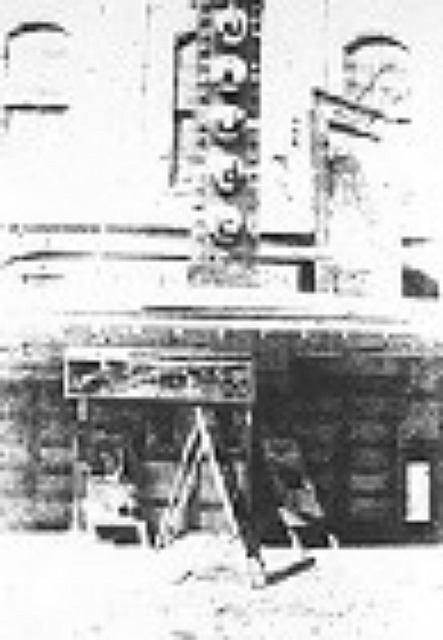 I just bought a really old newspaper at antique store savannah reporter dated friday may 29, 1914 there is a ad for glove theater for battle of san juan hill

In 1943 and during World War II, it burns down. War shortages didn’t allow for a new structure. This forced Presley to create the “Not-So-New” Globe Theatre in a converted church. With war shortages, the project replacing the New Globe Theatre was finally built in 1946 becoming the (New) New Globe Theatre and launching in November of 1946.

This theater didn’t burn in 1943, it was the Tivoli/New Globe which did.

Aside from the uselessly blurry picture above, all of the other pictures appear to be of the 1946 structure.

The street has to be wrong. Both dmt and Tp show that the theater was open in 1914. Thus, the only choice is the theater shown on the 1916 Sanborn. It is located at 120 S 5th St. The building is currently a florist. To the extent that you can see anything at all in the photo, the second floor windows appear to be the same shape.