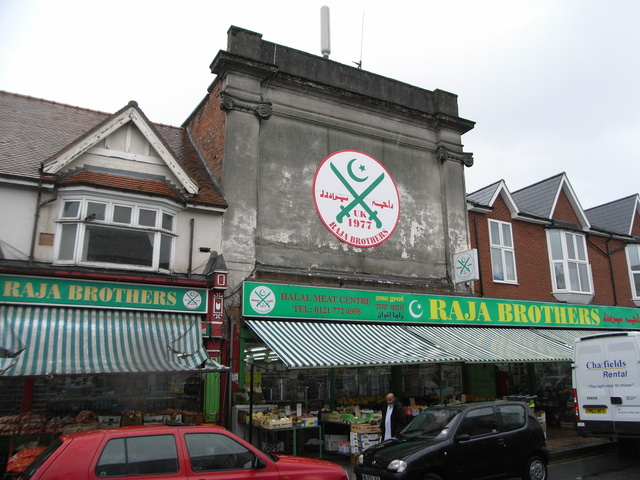 Located in the south Birmingham district of Sparkbrook. The Ladypool Picture House was opened in August 1913, In the 1920’s it was re-named New Olympia Picture House. It was equipped with a RCA sound system around 1930.

In the 1950’s it was modernised and re-named Olympia Picture House. It was closed in 1958, and became a warehouse. Later a TV and HI-Fi store, it is now a Halal grocers operated by Raja Brothers.